African Elephant and The Ecosystem

There is a lot of emphasis on the need to protect the elephant. Many organizations have pointed out that The African Elephants has been endangered and their number decreasing by the day. This is due to the high demand for ivory by various markets worldwide. Hence, the world outcry for the ban of the ivory trade and harsh prison charges enforced on poachers and ivory traders. This has been received positively but not much emphasis is being made on the importance of the African elephant and the ecosystem. 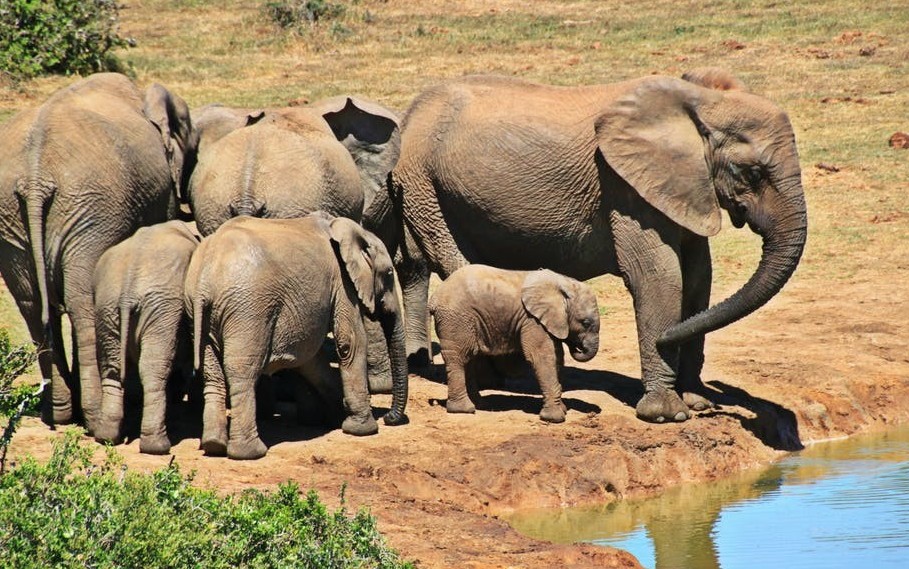 Other than being referred to as one of the most intelligent animals in the animal kingdom. The elephant plays a very important role in the environment. Many other animals and plants highly depend on the elephant for their survival especially on access to food.

Nature in general plays out on its own without the need for human intervention. Although some of the actions of these elephants may be seen as destructive to the human eye.  In the natural world, it serves as a continuation of life for the many creatures who survive in the forests and grasslands near these elephants.

Elephants are referred to as ecosystem engineers though this is not known to them. This is due to their unique role in shaping the ecosystem. They are often called “keystone species” attributed to the vital services they provide to an ecosystem in relation to their abundance.

Elephants spend up to 16 hours a day looking for food. Due to the large size, they eat all kinds of plants from grass, tree barks to fruits up a tree. They are known to take their time when eating. At times may even uproot a whole tree and slowly eat it up. This may seem like they are destroying the vegetation but on the contrary, it serves different purposes which is advantageous to other animals and plants.

The forest elephants are known to clear off pathways and uproot trees as they move and forage. This destruction clears off thick bushes which helps other small animals have access paths. It also opens up for the low plants to access sunlight and space to grow.

The Savannah elephants, on the other hand, feed on trees sprouts and shrubs clearing off woodlands and opening up the grasslands for more grazing area for the Savannah herbivores. One major beneficiary of the elephant feeding habit is the vervet monkey. It highly depends on gum produced by trees like acacia. The bark stripping and branch breaking behaviour of the elephant to the acacia produce this gum. 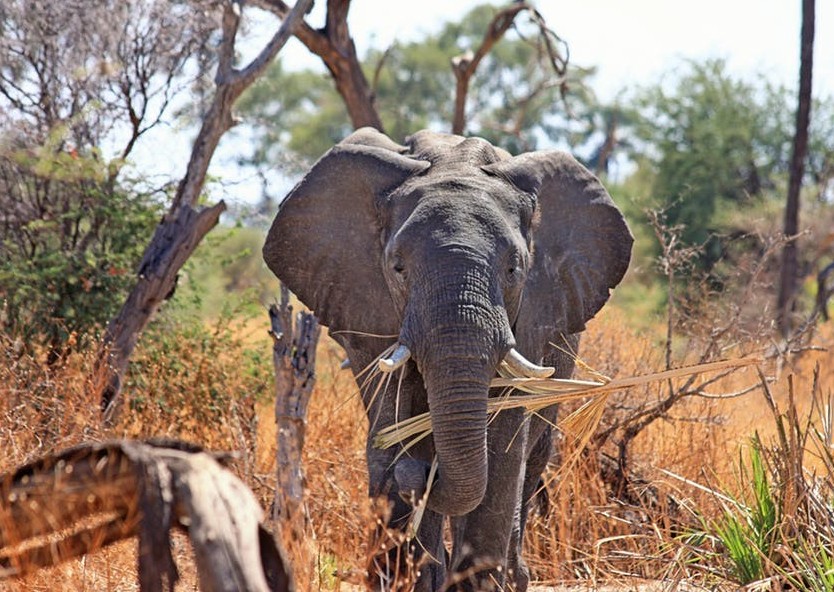 Reptiles and Amphibians tend to be highly affected by habitat change and unlike birds. T.hey are limited by how far they can go to escape any problems that may come by. Elephants destruction really favour them in different ways. As the elephants uproot trees and shrubs, they leave small hollow ponds. The ponds are later filled with groundwater and form a habitat for frogs.

Some damaged and dead trees bulldozed by the mighty elephant in their search for food forms nesting grounds for the arboreal lizard in Kenya. These damaged areas are also known to favour insects. They also expose the insects to the surface and are the main food for most small reptiles and amphibians.

The elephant dung also forms food for algae and fungi in the soil. These algae and fungi are preferred nutrients plants for some reptiles such as the monitor lizards and the star tortoise. 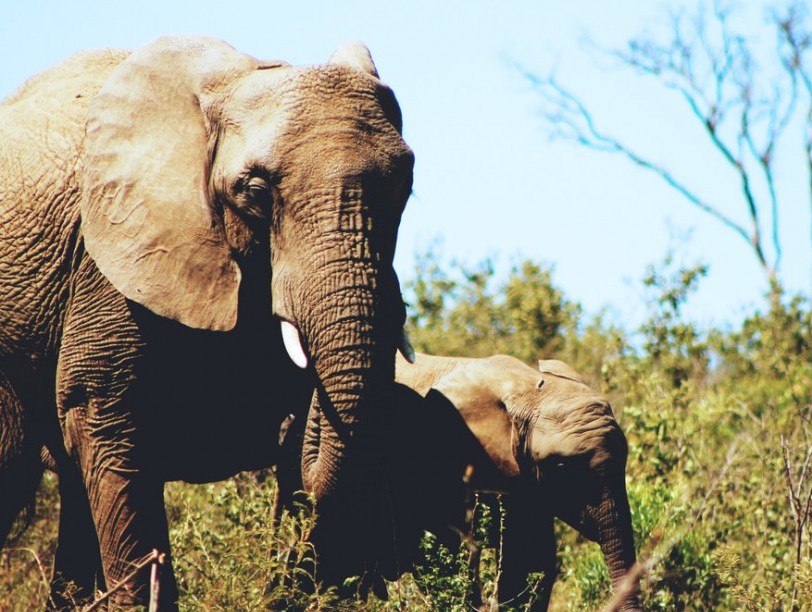 Elephants feed on different plants on a continuous’ session. 50% of what they consume is not digested and they later excrete it as they move around foraging. Elephant dung is known to be very nutritious due to the variety of things they consume from grass, tree barks, fruits, leaves etc. It is hence known as a good source of soil nutrients and makes good fertilizer.

There are animals who depend on this dung such as the dung beetle. It collects the dung in small balls for its larvae. On the other hand, the larvae are food for the honey badger. Dung beetle also attracts many insectivorous birds who consider it a delicacy. The dung is also a source of food for other species like baboons, banded mongoose, birds who eat put some of the seeds excreted. The dung also provides a habitat for other species such as beetles, ants, millipedes, centipedes, scorpion, crickets, spiders and termites. 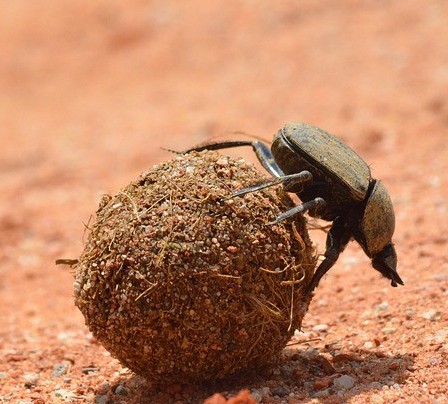 Elephants are also known as seed dispersers, they are known to transport seeds in their guts for a distance as far as 50 km. Their dung is rich in nutrients to allow the seeds to germinate. This allows plants to colonize to new areas away from the mother plant hence ensuring continuous vegetation.

Elephants can survive in desert areas that receive little to no rainfall. They are known to smell water 5 kilometres away and use their tusk, feet and trunk to dig up a dry water bed opening up underground water. The waterhole constructed can be big enough for them to bathe in. This waterhole is then used by all other animals in the area helping the area biodiversity to grow.

Their strong sense also helps in the identification of subsoil water and natural salt licks since they require a lot of minerals in their bodies. These minerals are then shared with other animals especially herbivores whose intake of minerals from the soil is important. 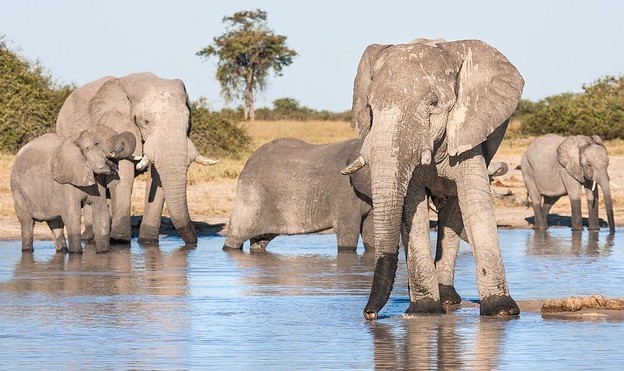 Read more on The animal that lives in Kenya.