There is a good deal of wildlife to see when on safari in Africa, at times it can be overwhelming especially when you visit the major wildlife parks. Wildlife experts are known to classify various animals according to their characteristics or physical appearance. We have the most common and sort after animals, The Big 5. There is also a category of tiny animals that are referred to as the Small 5.

Well, more animal character still stands out in the wild hence need to for more classification while on safari. This brought about the classification of The Ugly Five also referred to as the African underdogs. Though they serve a very crucial part in the ecosystem and are always a delight to see, they are said to have a face only a mother would love.

Though they may be referred to as ugly, it is always a delight to spot any of the ugly five whiles on safari. They include; the hyena, wildebeest, warthog, vultures and the marabou stock.

There is a lot of myth associated with the hyena in the African folklore that depicts it as a villain and an opportunist. The great movie The Lion King does not make it easy for this animal as they emphasize on this old-age myth in their hyena characters that are portrayed as villains.

The hyena is characterized by a sloping back and short hinds legs, they are known to have the strongest jaws among the carnivores. The hyena cubs’ are born with fully functioning teeth. Hyenas are known as scavengers though the latest study on them shows that they hunt 80% of their kill. They are also known to crush the entire skeleton of their prey leaving only the hair, hooves and horns.

Their scavenger character has them feeding on days old carcass that is smelly and may even have maggots, this leaves them having a bad stench that is hard to stomach. Their cubs’ leave in dens formed from abandoned termite mounds or aardvark holes, the dens can really get smelly due to the cubs’ defecation, once the den becomes unbearable and too smelly, they relocate to a new clean den. 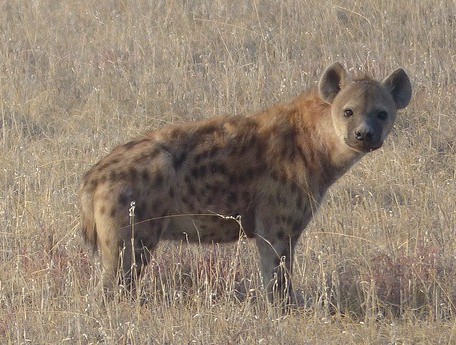 The wildebeest are known to have a mixed body structure and an ugly face. They can be defined as having spare parts of different animals. They have a buffalo head, an antelope body and a horsetail. They have a big head and large front body which is in contrast to their slim hindquarters and skinny legs.

The ugly appearance of the wildebeest does not stop them from being such a spectacle in East Africa where they attract a huge number of tourist during their annual migration across the Serengeti-Mara Ecosystem. The major highlight is normally the birthing season in January – February and the great Mara River crossing on July-August. Their behaviour along the Mara River always amuses everyone as they keep crossing from one end to the other despite the obvious danger of the waiting hungry Nile crocodiles. 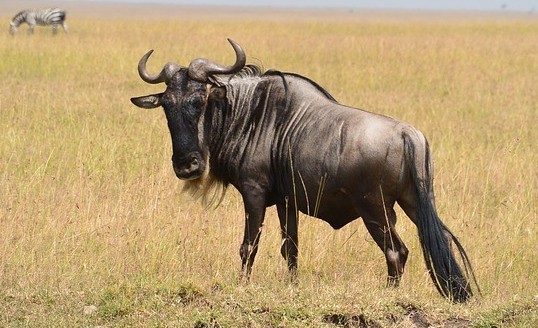 Vultures are known to symbolize a sign of death, wherever a group of vultures is seen hanging around there must be a dead animal in the area. They are characterized by featherless head and neck in order to control bacteria and parasites from the rotting carcass they feed on attaching to their feathers.

Through their scavengers tactics, they play a crucial role in the environment as they prevent the spread of diseases by eating off rotting carcasses in the wild. To avoid completion among different species of vultures, their beak shape and behaviour make them specialize in different parts of the carcass e.g the bearded vulture specializes on bones and use their strong beaks to crack open the bone for the nutritious marrow. 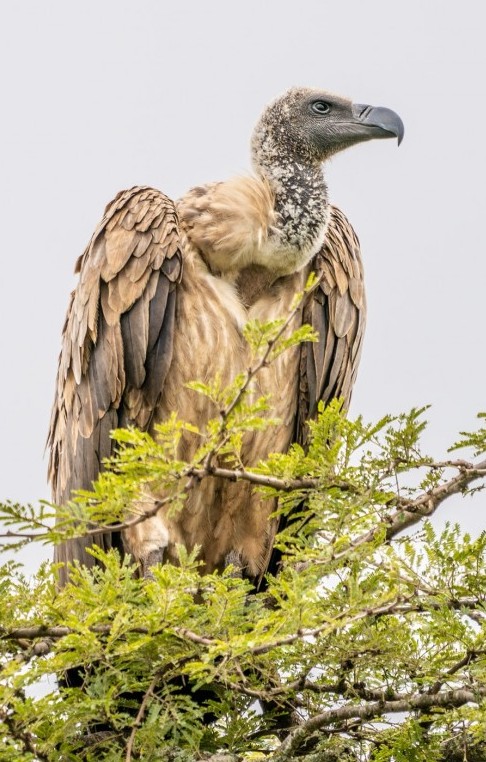 The warthog resembles the wild pig though they have two tusks that help in foraging while the male has two warts that help them when fighting. They are known to love wallowing in the mud or having sand baths making their bristles all dirty confirming their ugly look.

They are also known to hide underground in burrows created by aardvarks and always run away when faced with danger rather than fight, with their tails raised up. They present an easy meal to the large carnivores especially the leopard since they are easy to catch by stalking them outside their burrows. 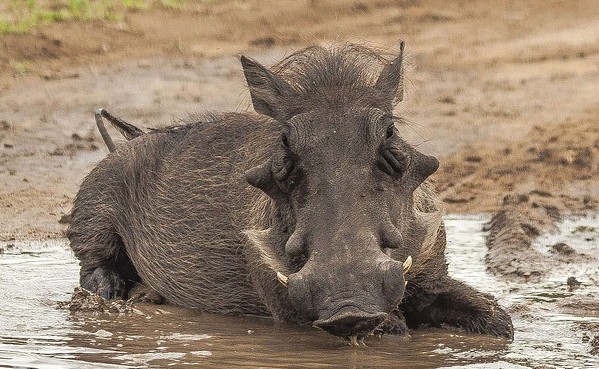 The marabou Stork takes the crown of ugly, it is also referred to as the undertaker. It is characterized by long skinny legs, tufts of white hair with a bare head and neck like the vultures. It’s long sawed like beak helps it cut up meat when feeding.

The most unattractive appearance of this bird is its habit of defecating on its legs which makes it’s skinny hollow legs appear white. It also has hollow toe bones.

It has the most smelly faeces and since it spends most of its time standing, it defecates anytime and anywhere. The white faeces have the most awful stench ever know and at times can be known to stain even a car surface. It takes a lot of effort to get rid of a Marabou Stork faeces stench if it ever defecates on you or your clothes. 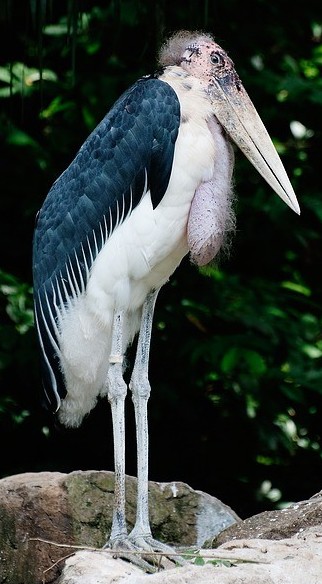 Have you ever met any of this ugly but wonderful to watch animals? What was your thought in the first encounter? Kindly leave a comment on your experience or thoughts about these animals below.