I knew of the Mama Ngina Drive years ago on my first trip to the coast while in a primary school in Nairobi. Though years back. the Mama Ngina Waterfront didn’t have much to see of the very popular hangout.  What remained in my mind for long was watching the big ship at dock in and out of Kilindini Harbor while enjoying the delicious snacks sold in the area. 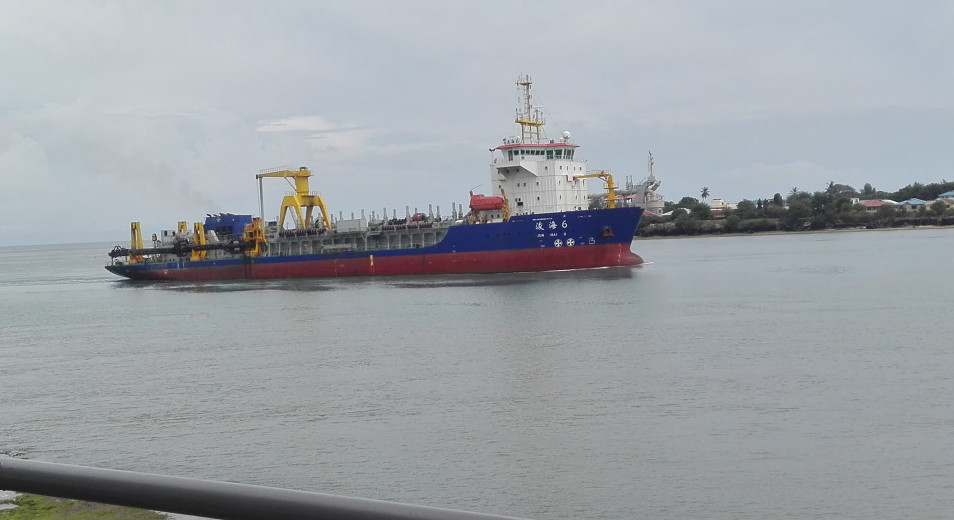 I always wanted to go back when old enough to take myself. The opportunity never presented itself even though I had been to the coast severally. When I heard of plans to develop the place into a public recreational facility, I decided to wait until the construction was over.

The Mama Ngina Waterfront was officially opened by His Excellency the President in October 2019 during the commemoration of Mashujaa day celebrations. A public holiday that celebrates the heroes who fought for our countries independent on 20th October. The event was open to the public. Though they had to restrict the number of people who attended due to space.

There were stunning pictures advertised for the refurbished park. They looked too good to be true. Well, after visiting the park I confirm they represented a reality. Though the place still needs some final touches especially the designated museum. The place is now open to the public to use the completed area while enjoying a great sea view. 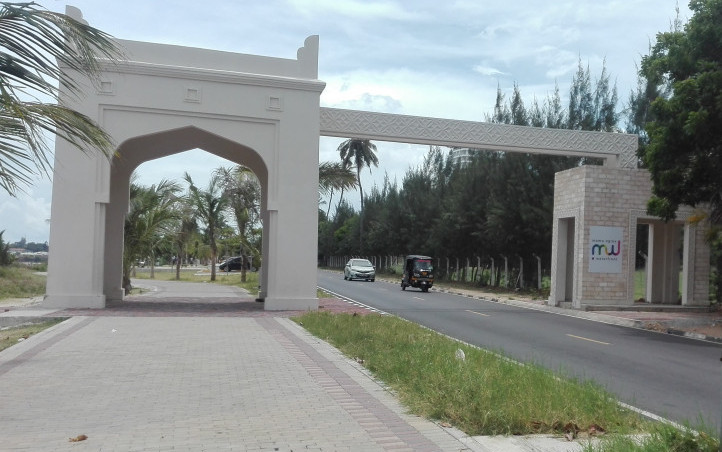 The recreational facility runs from the Likoni ferry crossing all the way to Mombasa Golf Club. The road running through the park is still open for public use. There is a rail barrier constructed along the cliff as a safety measure. Walking down the cliff to the shore is possible during low tide.

There is a wide pedestrian path lined up with palm trees from one end to the other. It is ideal for walks, runs, jogging or dog walking. This path also has benches and sitting areas for people to rest. There are designated car parking spaces for those who choose to relax in their cars. This has been the main park attraction which is open for 24 hours.

The snack vendors also have a central place where they have set up modern kiosks. The kiosks have enough space for a mini kitchen and a large communal customer sitting area. The delicacies which are served here include fried snacks like potatoes, cassava, cassava crisps (kachiri), fish and chicken, sweets, ice cream, madafu (coconut drink) among other coastal delicacies. 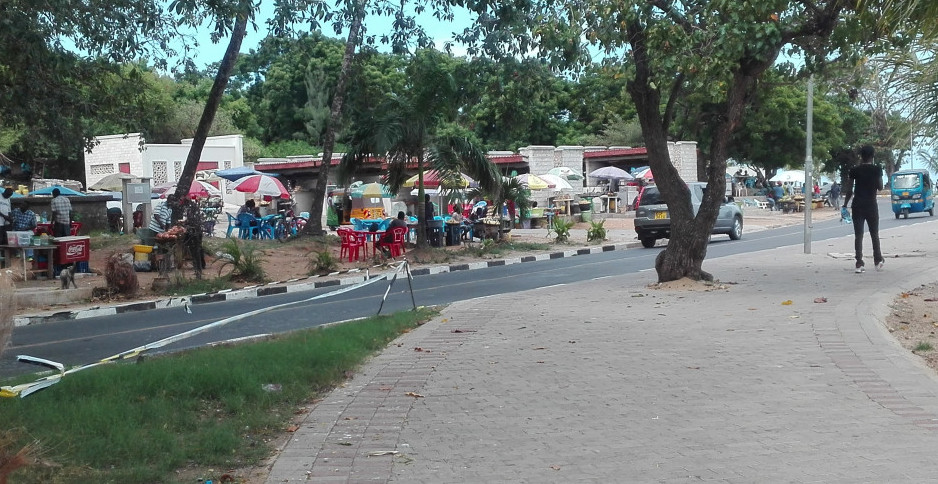 There other features that have been added to the 26 acres waterfront space. This includes an amphitheatre with ancient Rome design with a sitting capacity of 3000. It is set up in a large open space that can hold entertainment concerts and roadshows. This can take place during the day or at night as it is well lit.

There is a cultural centre named Kilindini Cultural Center. It is built in great Swahili architecture but has a modern fill added to it. It will serve as an exhibition and museum for great Swahili culture. The centre comprises of exhibition halls and screening rooms where visitors will come and learn about the Swahili culture. The museum will also hold a history of the great port that has served East and Central Africa for decades.

There are also two cylindrical pigeons towers built in the typical Swahili culture architecture. This consists of a smooth wall with decorative air vents to allow wind to blow in. They are monuments representing the original settlers of Mombasa. 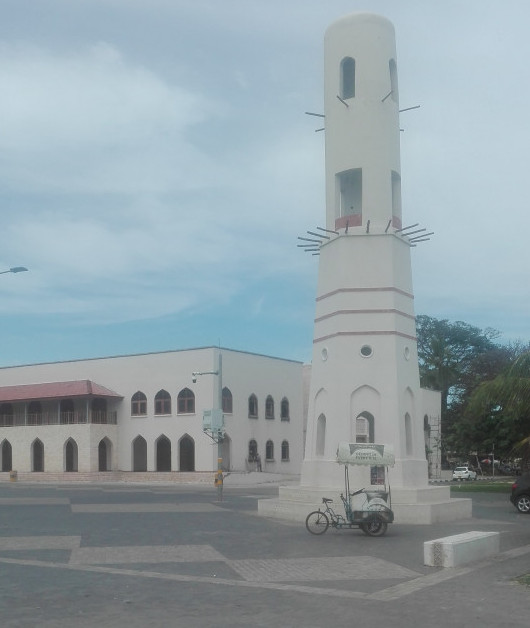 The old baobab trees dating back to 400 years have been retained at the far end near the Likoni crossway. They provide a cool area for people to rest after a busy day. This area is popular with people waiting to cross the ferry to the mainland. The trees were believed to be grave makers for the original Kilindini settlers who were killed during the war.

Although the park still needs improvement including the opening up of the cultural centre. Great archaeologists are piecing up information to tell the story of the Port formation. This will be shared with the park visitors by trained local guides available on request.

There is also a Chinese restaurant situated inside the park for those who would prefer fine dining. There are plans to open up more restaurants serving great Swahili cuisines. The aim is to attract more visitors especially international tourists who frequent the coastal area for holidays.

The Mama Ngina Waterfront is open to the public for 24 hours. It comprises of public toilets and a police post for added security. The county government, however, needs to put signage to help pedestrians and cars keep to their lanes.  There is no waste disposal strategy, no litter bins around the park hence most of it ends up at the seashore. 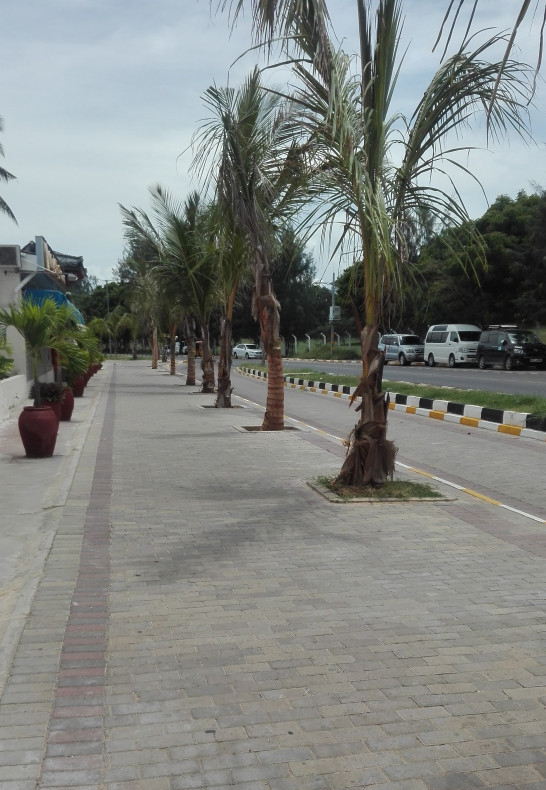 However, once all this is put in place, this will be a very popular park. The great Swahili designs provide instagramable photos without the need for a professional photographer.