Well in every safari itinerary, the big animals especially the Big 5 are always first on the list. The other big mammals like the giraffe, zebra and the very many species of antelope never miss. This forms the great Kenyan Safari Animals.

However, you never miss bumping into the small creatures from time to time while on safari. The small animals are not easily spotted and also not much attention is given to them. It seems they also know this fact very well and often avoid areas where a tourist is.

It is a thrill to see these small animals though for a short time since they are always hiding from the predators. Below are some small animals you will not miss in Kenya both in protected areas and in open forests and grassland.

These are small feliforme carnivorian that feed on insects, crabs, earthworms, lizards, birds and rodents. The most common species of mongoose found in Kenya is the banded mongoose. It lives in savannas, open forests and grasslands and feeds on beetles and millipedes. 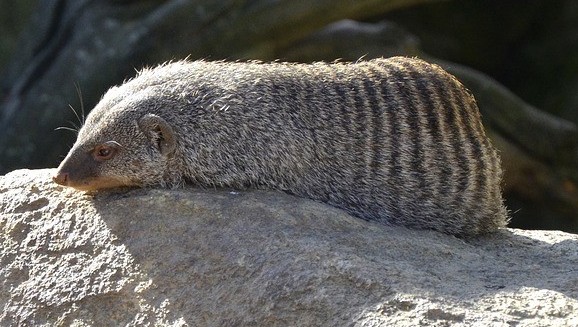 They live in colonies with a complex social structure and use den shelters such as the termite mounds to hide from predators.

Hyraxes are small, thickset, herbivorous mammals that are well-furred, round animals with short tails. They inhabit rocky terrains and their feet have rubbery pads with numerous glands which help them maintain grip when quickly moving up steep, rocky surfaces. 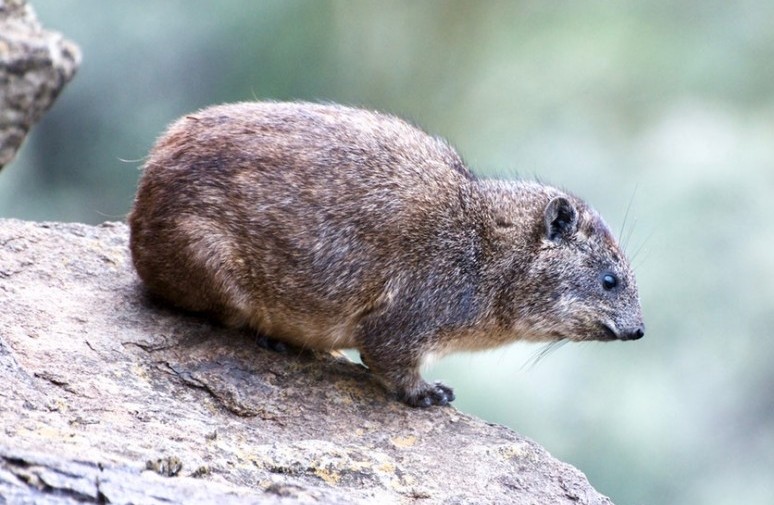 Porcupines are rodents with a coat of sharp spines or quills that protects against predators. The African porcupine forage on the ground and are not climbers. They feed on tree barks, roots, fruits and berries. In Kenya, they at times become pests feeding on farm crops. 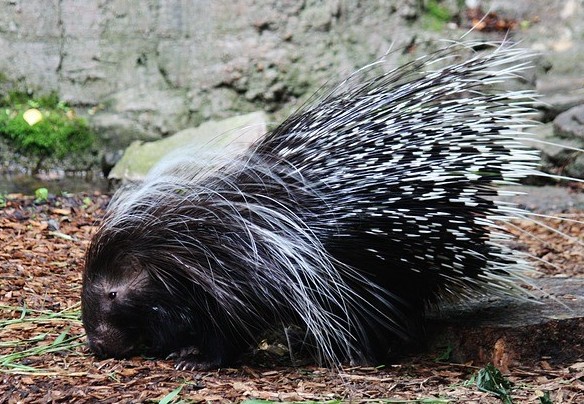 The African golden cat is twice the size of a domesticated cat. It is a heavily built cat, with stocky, long legs, a short tail and large paws. It has a rounded, small head in relation to its body.

They inhabit dense, moist forest with heavy undergrowth and prefer areas close to rivers. They are solitary animals and nocturnal although they have been seen to hunt during the day depending on the availability of prey.

The serval is a slender, medium-sized cat. It is characterized by a small head, large ears, golden-yellow buffed coat spotted and striped with black and a short black-tipped tail. They are solitary animals with minimum interaction and are active in the day as well as at night. 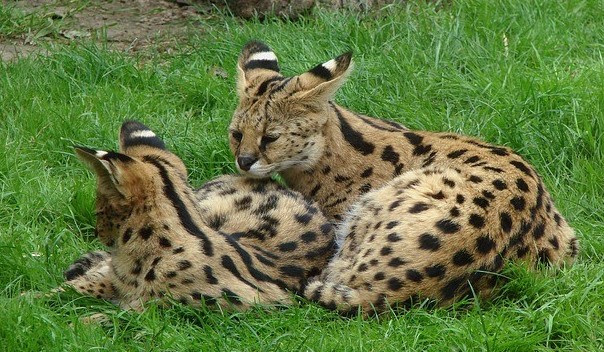 They prefer inhabiting areas with covers such as reeds and tall grasses and proximity to water bodies. The serval uses its sense of hearing to locate prey. It feeds on rodents, small birds, frogs, insects and reptiles.

The African wild cat is an ancestor of the domesticated cat. They inhabit a broad variety of habitats, especially in hilly and mountainous landscapes. They are mainly active at night and their hearing is fine that they can locate prey from far. They hunt primarily mice, rats, birds, reptiles and insects.

The African civet cat is a solitary mammal with a unique colouration; the black and white stripes with blotches covering its fur. It has black bands surrounding its face that resembles that of a raccoon.

It spends the day sleeping in dense forest and wakes up at sunset. This cat is omnivorous preying on small animals, eggs and vegetable matter. It detects its prey by smell and sound rather than sight. 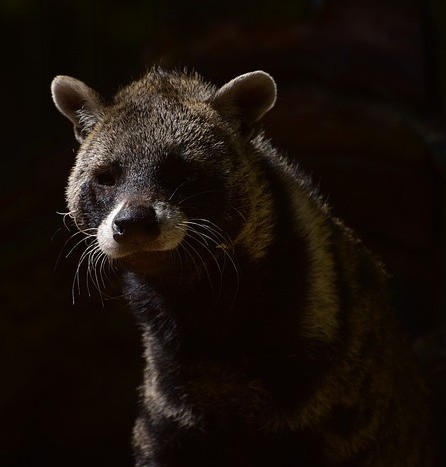 The Sokoke Forest Cat formerly known as the African Shorthair is a natural breed of the domestic cat. It is named after the Arabuko Sokoke National Forest, the environment from where the foundation was obtained. The cat is long-legged, short-coarse hair and a tabby coat. The cats are found in the coastal region of Kenya and are free-roaming, feral cats commonly referred to as kadzonzo.

This is a small to medium-sized brown antelope found in heavily wooded areas. The Duiker is a very shy, elusive creatures fond of hiding in dense covers. Even those that tend to live in more open areas are quick to disappear into thickets for protection.

The most common species of duiker in Kenya are the blue duiker and the black-fronted duiker. They are browsers eating leaves, shoots, seeds, fruits, bud and barks. They often flock to birds and monkeys and take advantage of the fruits they drop.

This is a small antelope that is found in dense under bushes. They are reddish-brown darker in their backs than on their sides and legs that help them camouflage in dry grass. For protection, they keep still in the dry grass and when the predator is almost on top of them, they spring out and away they go into the under a bush. There are so many meat-eating animals that prey in the suni like lions, birds of prey, snakes etc. 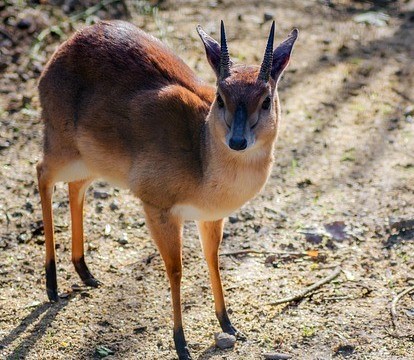 This is a small antelope characterized by a slightly raised back, long neck and limbs. They are active during the day living in small herds of up to four members. They are grazers and are known to prefer fresh grass.

Potto is a small primate that inhabits the canopy of rain forest in Africa. It is nocturnal and solely lives on trees sleeping during the day between the leaves and never descending from the tree.

It is a quiet animal and moves slowly and carefully, always gripping a branch with at least two limbs. Their diet consists of fruit, tree gums and insects though they occasionally catch bats and small birds.

African clawless otter also is known as the Cape otter is the largest freshwater species of the otter. They are found in nearly permanent water bodies in the Savannah and lowland forest areas. They are characterized by their partly webbed and clawless feet. Slow and rather clumsy on land, they build burrows in banks near water allowing for easy access to food and escape from predators. Their diet is mainly fish, crabs, frogs and worms. 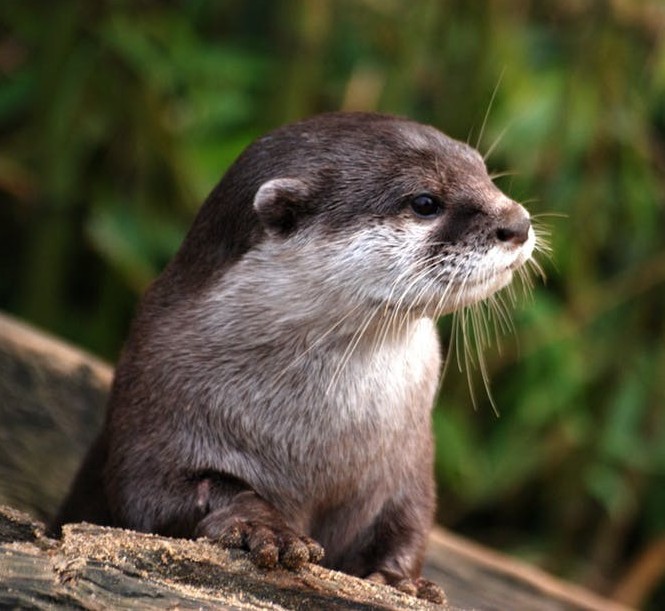 Bats are the only mammals that have wings. They are nocturnal and reside in the forest and the Savannah where they roost together in colonies on trees. 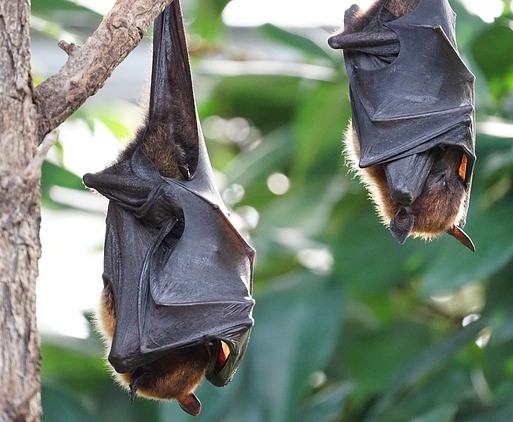 Lizards also referred to as Agama, are small, long-tailed insectivores that are found all over Africa. They originally lived in forests and bushes but have now adapted to live in villages and compounds where their habitat was cleared. They inhabit small spaces and only emerge to feed. 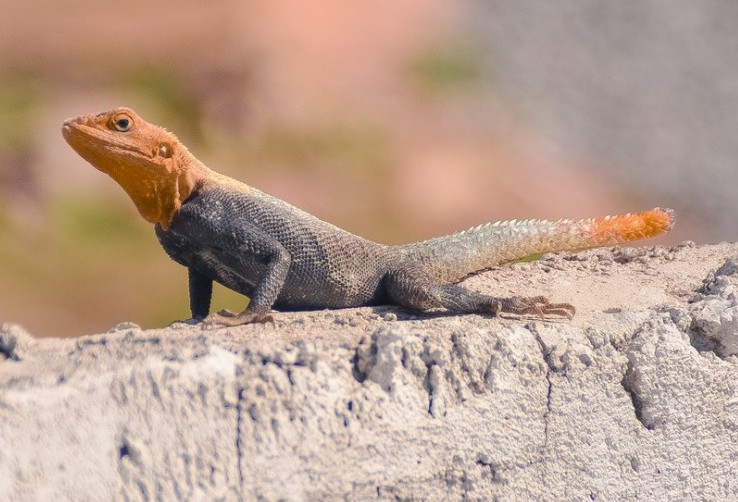 This is a venomous viper found in the Savannah and grasslands. It is responsible for causing the most snakebite fatalities due to its wide distribution, frequent occurrence in highly populated areas and aggressive disposition. They rely on camouflage for protection and normally ambush prey. 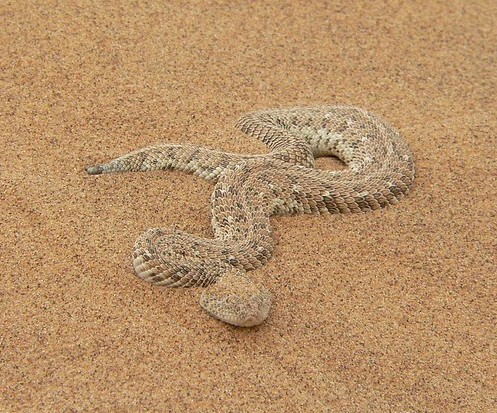 =>Larger Predators and Mammals to see on safari.

=>The Herbivores that inhabit the Kenyan Savannah and grasslands.