Kenya is popular for the Wildebeest migration which takes place at the Serengeti-Mara ecosystem around the months of July-August with large herds of wildebeest and zebras settling in The Maasai Mara Game Reserve providing a good opportunity for balloon safaris to take centre stage in the months of August and September.

There seems to be a new attraction cropping up in the Coastal Region along the Indian Ocean. This is the Humpback Whale Migration that has been noted to happen almost the same time as the Wildebeest migration. The tourism industry has taken this opportunity to double up its marketing strategies by providing packages that offer the opportunity to see the wildebeest and the humpback whale dubbed the Twin Migration.

The Humpback whale is among the larger species of the baleen whale. The female is known to be larger going up to 45-50 feet while the males 40-48 feet. The whales feed on krill, small fish and small shrimp-like animals and can take up to 1.5 tons of food per day.

The humpback is known to be very acrobatic and can breech its body completely out of the water, providing breathtaking sights. Male is also known to sing songs that can last 10 to 20 minutes with each population having its own unique sound. The purpose of the song is not known though it is believed to have something to do with mating. 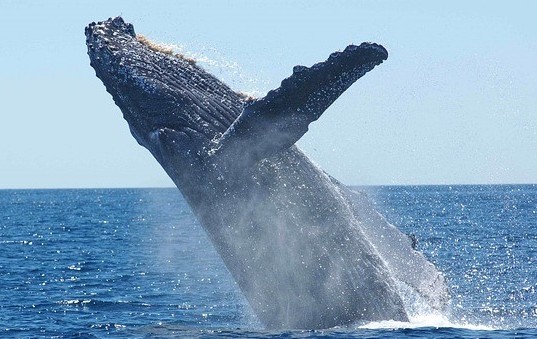 They are also known to migrate through the globe from the pacific to Antarctica up to 25,000 km (16,000 mi) in a year. The whales get most of their feeding in the polar waters but migrate to the tropics shallow waters along the equator to breed and give birth. They are known to fast during this period and live on their body fat.

The Humpback Whale has been sighted on the Indian Ocean shores of Kenya in the months of June to September. The best places to sight them is in Malindi-Watamu Marine National Park. The Watamu Marine Association (WMA) has been known to study the whales and dolphins in this park since 2011. The local community are involved in the study by encouraging the local fishermen to always report and take pictures whenever they sight the whales during their fishing activities in the ocean.

Hemingways Watamu is known as the first hotel to take up whale watching excursion in 2012 while supporting other marine research activities. Other businesses have also started taking up the whale watching marine excursion including the local and sport fishermen. 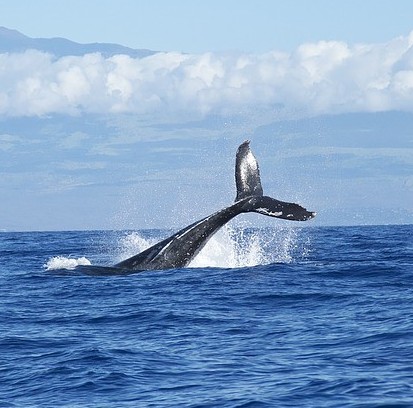 Sometimes, the whales can be seen while at the shores of the Indian Ocean with Hemingways Watamu and Ocean Sports Beach Resort providing the best views right from their lounges as you sip away a cold drink.

Watamu Marine National Park is one of Kenya’s first marine parks and boasts of having unique coral gardens, dolphins, turtles, fish and dugongs. There are various activities that can be undertaken in the reserve including snorkelling, deep-sea diving, dolphins watching among others. There are also glass bottom safaris and excursion that can be arranged with the tour operators.

Watamu also has various ecotourism projects under the Watamu Marine Association and helps the community especially the local fishermen get involved in preserving the natural state of the park and also help in keeping the beach and its environs clean. 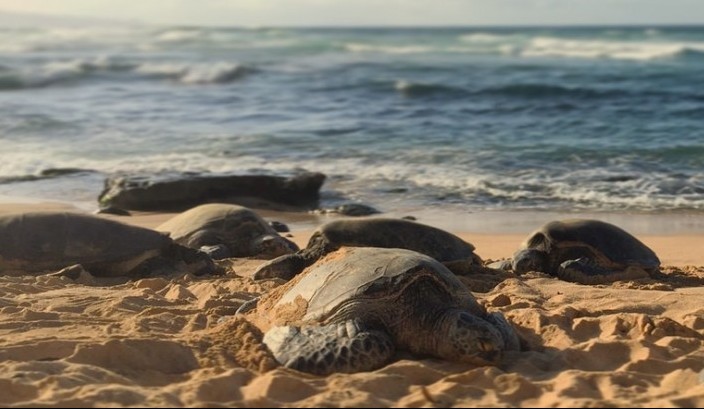 The park is also a breeding ground for the green turtle and there is an initiative known as turtle watch which involves helping the hatched turtles walk down the beach all the way till they reach the ocean safely. They also help turtles caught up in the fishermen nets to find their way back to the ocean.

Now you know, why not make the Twin Migration in Kenya your next safari destination. Start with a game drive in the Mara River and watch the wildebeest cross over from the Serengeti then wind your safari with Whale and Dolphin watching on the Kenyan coast.